Cinema and the Sienese Valdichiana, an extraordinary love

When we visit a fascinating and beautiful place we say "This place is like a movie". When you visit the Valdichiana Senese, you think the same thing. Among the major figure who had this thought there are Federico Fellini, Franco Zeffirelli, Matteo Garrone and Ridley Scott, who have transformed the idea into action, shooting some of the most important films in the history of cinema in these lands. Federico Fellini, (this year we celebrate 100 years since his birth), had a deep link with Chinciano Terme, where he shot the masterpiece "8 and 1/2" and where he often and willingly gave himself a well-deserved holiday. In short, the Valdichiana Senese has often turned into an international stage attracting dreamy and admired eyes on itself. The landscape beauties combined with its Renaissance atmospheres have meant that these territories were chosen as a film set by national and international directors. Here are the sets of the most beautiful films shot in Tuscany between the Sienese Valdichiana and the Val d'Orcia.

THE ENGLISH PATIENT Winner of 9 Oscar awards, one of the most awarded films ever, was shot between Pienza and Montepulciano. The Monastery of Sant'Anna in Camprena, where the English patient stayed in the film is one of the main location of the film as well as the surrounding countryside. Piazza Pio II, in the heart of Pienza historic center, was used instead for filming the dance that celebrated the end of the war. In short, an Oscar frame!

THE GLADIATOR Who has never seen The Gladiator? Well all of us are well aware of the scene of the Champs-Elysées, the "paradise" of ancient Rome, which in Rideley Scott's mind was located in the hills below Pienza. For the Gladiator, death was a sort of return home, in fact, Massimo's home is located between Pienza and San Quirico d’Orcia. Spectacular cast with Oscar winners Russel Crowe and Joaquin Phoenix, dream location for a film that has entered the history of cinema.

FRANCO ZEFFIRELLI’S MOVIES If it is true that Federico Fellini had a deep bond with Chianciano Terme, it is equally true that Franco Zeffirelli had a similar bond with Pienza. In fact, the great Florentine director not only loved and often spent time in these areas, but chose them as the location for timeless films such as "Romeo and Juliet" in 1963 and "Fratello sole, Sorella Luna" in 1971. In short, two of the greatest and most appreciated Italian directors that the world has ever known, had a soft spot for the places in the Valdichiana Senese, so much so that some of their greatest masterpieces were shot here. 8½ One of the most famous and appreciated films by Federico Fellini has the thermal center of Chianciano Terme as its inspiration. With a cast that includes actors like Marcello Mastroianni and Claudia Cardinale, Fellini shot one of his masterpieces here. 8½ was inspired by the spas of the Acqua Santa Park, which appear - although transfigured by the director's imaginative eye - in every shot. In short, when an avant-garde and visionary genius like Fellini chooses this setting, we can only be proud and enjoy the artistic interpretation of these places.

PINOCCHIO The last arrived, but not least in importance is the Pinocchio directed by Garrone, shot for the most part in the Tenuta La Fratta di Sinalunga. Pinocchio's story is one of the most famous in Italy and in the world and it is no coincidence that it has been the subject of films and screenplays by important directors such as Comencini, Roberto Benigni and Garrone. The great peculiarity is that the very great Oscar winner Roberto Benigni, after shooting his very personal Pinocchio, put himself in the shoes of Geppetto in Matteo Garrone's film. Seeing these two greats character of Italian cinema, lending their art to Sinalunga, for a very Tuscan story, is truly wonderful.

NEW MOON Vampire stories fans? The Twilight saga also touched these lands in the "New Moon" movie made in 2009. Remember Bella's race to save her beloved vampire Edward from the Volturi's hands? It was shot right in the alleys of the historic center of Montepulciano. As well as the mother scene of the film, Bella who saves Edward, it was shot in Piazza Grande, at the entrance of the Town Hall. Here, the fountain described in the book, 7 meters long and made of wood and papier mache, was also perfectly reconstructed and we must admit that, although with a different architectural style, that fountain seemed to have always stood in Piazza Grande. 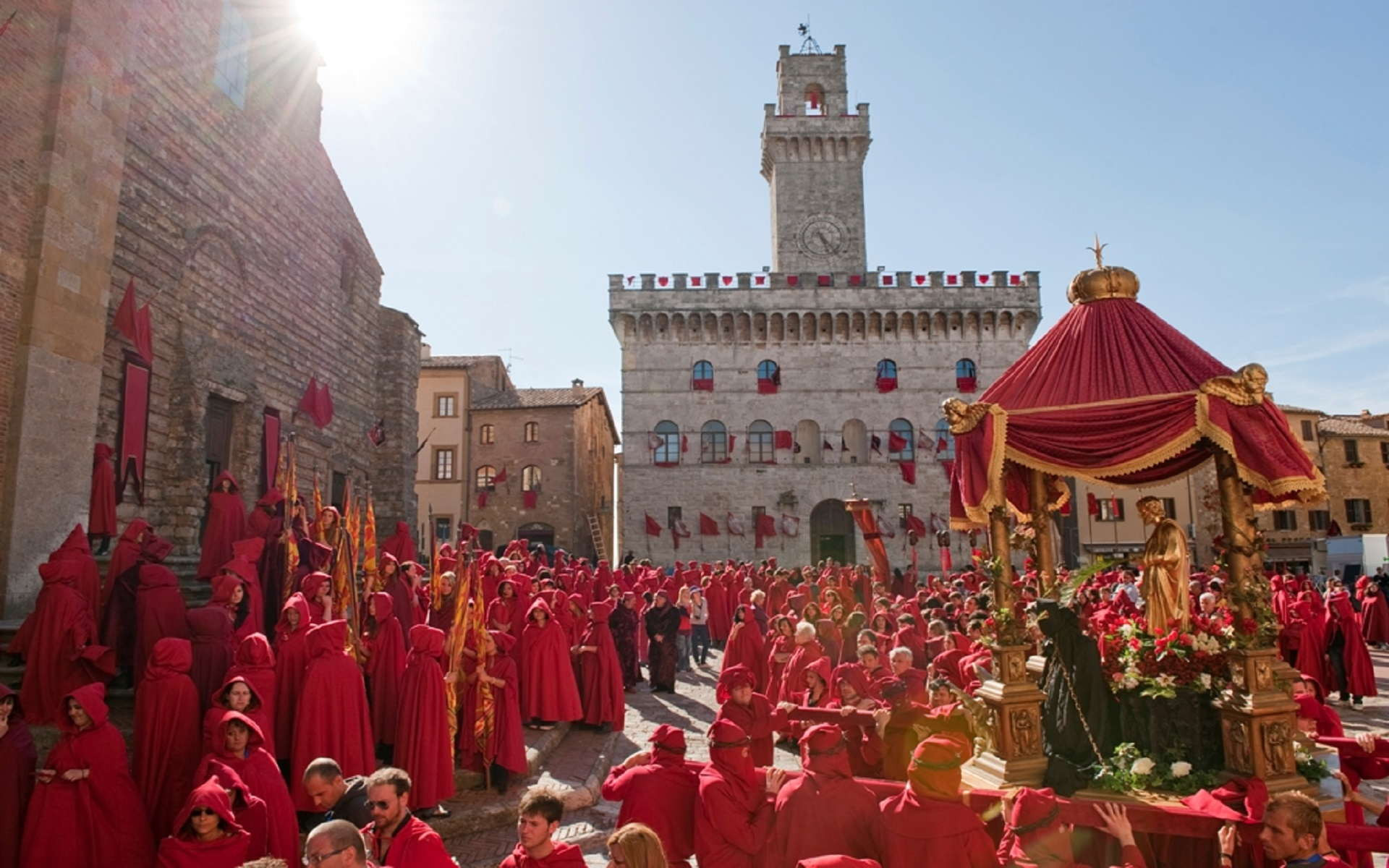 UNDER THE SUN OF TUSCANY Many of the movie's panoramic scenes focus on the hills of the Val d'Orcia and the Valdichiana, as well as the winding, cypress-lined streets. The historical center is that of Cortona but the flag-waving scene is shot in Montepulciano.

A MID-SUMMER NIGHT DREAM Imaginative and magical comedy based on the work of William Shakespeare. Many of the scenes in the film were shot between the Renaissance buildings of Montepulciano, near the Grifi and Lions well and on the rest of Piazza Grande.

I MEDICI The Rai fiction about the Medici dynasty had an eye-opening international cast: Dustin Hoffman, Richard Madden showed their art in the alleys and squares of Montepulciano under the careful direction of Steven Selberg. The historic center of Montepulciano has turned into a medieval set with incredible charm: the Duomo, the Town Hall and a Piazza Grande completely covered with tuff. Who was lucky enough to visit Montepulciano during the filming period, had the opportunity to go backmin the time of the Medici, in a context as surreal as exciting. Reliving the Renaissance atmospheres of the Medici or the evocative scenes of New Moon today is still possible. Thanks to the "New Moon Tour" or the "Tour of the movie sets between Valdichiana and Val d’Orcia", they allow you to relive the unique emotions of the films shot here. >> Tour of the movie sets between Valdichiana and Val d’Orcia >> "New Moon Tour" 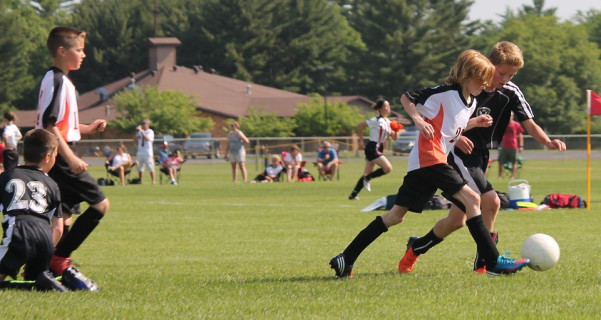 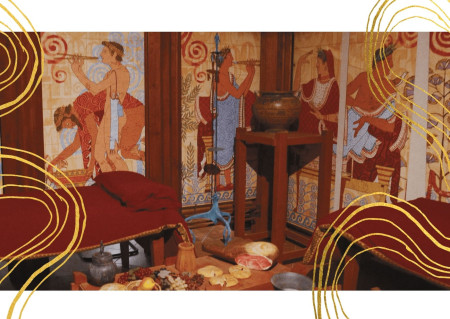 Art and Culture
In the footsteps of the Etruscans: food, craftsmanship and relaxation in the Sienese Valdichiana
18 November 2020 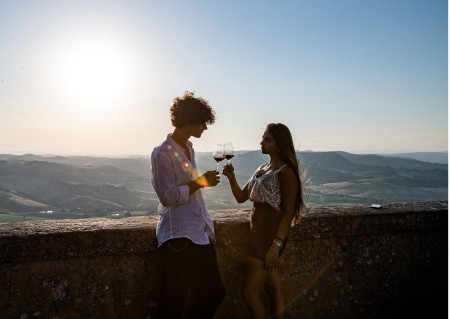