Renaissance in Tuscany: Personality and Masterpieces

The Renaissance was the first real crashing point with past that the history of humanity has never lived. This period between 14th and 16th century was full of changes in politics, economics, religion and culture, as well as in the conception of the human being, thanks to the emerging anthropocentrism.

That’s the reason why a perfect equilibrium between society and individual was assessed, it  reflected  in the architecture and art, with a flawless harmony between shape and matter, thanks to rediscovery of classic styles and proportionality.

Pienza is absolutely the expression of this balance, a pearl from  the Renaissance and an UNESCO heritage. Pienza wasn’t born as a real city, but actually as a ideal city, where it was possible to recreate the miniature features of Siena and Florence. So, if Siena and Florence were the “ material things”, Pienza was the “idea” as a perfect model of architecture and planning. The project was commissioned by Pope Pio II to the well-known Rossellino ( an architect of the Renaissance, n.d.r.), who built the main Square and the Palace Piccolomini, which is characterised by a portico, a beautiful place where it is possible to enjoy the fanstic view of the Tuscan landscape.

Pienza is also not so far from Montepulciano, another village where the Renaissance is still evident. Today, as in the past, Piazza Grande is the very heart of the city, in terms of city life and monuments.

Walking in the main square, it is possible to appreciate the Cathedral, the Town Hall, the Contucci Palace and the Capitano Palace, making a step back into the 15th century. However, the church of San Biagio stands certainly out among the monuments: it is located at the slopes of the hill, in an isolated position, it was projected by Antonio da Sangallo and it is still a real symbol of the Renaissance here in Italy and in the world. Nevertheless, the history of Montepulciano during the Renaissance is not only linked to the architecture, but also to the literature: the town is infact the Agnolo Poliziano’s original place of the Lorenzo il Magnifico’s poet, Agnolo Poliziano;  the local inhabitants are still proud of this and for this reason they are called Poliziani.

Valdichiana is also the cradle of Renaissance Art and that’s why it is kept jeasously guarded.  Sarteano, where there is  the church of San Martino in Foro, also hosts the Domenico Boccafumi Hall, where the “ Annunciazione”, a Beccafumi’s work, is exposed. The painting dates back to 1546 and it is absolutely Renaissance-style. However, this is not the only work of art exposed, because there are also holy kits of 15th century. At the Crociani Gallery in Montepulciano it is also exposed a Caravaggio’s work, “Il Ritratto di Gentiluomo”.

After seven  century, the Valdichiana Senese with his village, it’s the alive proof of the italian Renaissence. Every year, tourists from all over the world came here to visit the places and their unique beauty, where it’s still possible to feel that atmosphere. That’s why Valdichiana Living is daily working proposing a wide range of tours, like that one of the movie set of the series Rai “The Medici”.

In these days, if you are in Valdichiana Senese or Val d’Orcia, we suggest you two exhibitions of the Renaissence. The first one, “Il Buon Secolo della Pittura Senese”, about the art of 1500, it’s an itinerant exhibit that involved three cities: Montepulciano, Pienza and San Quirico d’Orcia until the 30th of June.
The other, at the fortress of Montepulciano, is dedicated to Leonardo da Vinci, main protagonist of the Renaissence, open until the 17th of September. 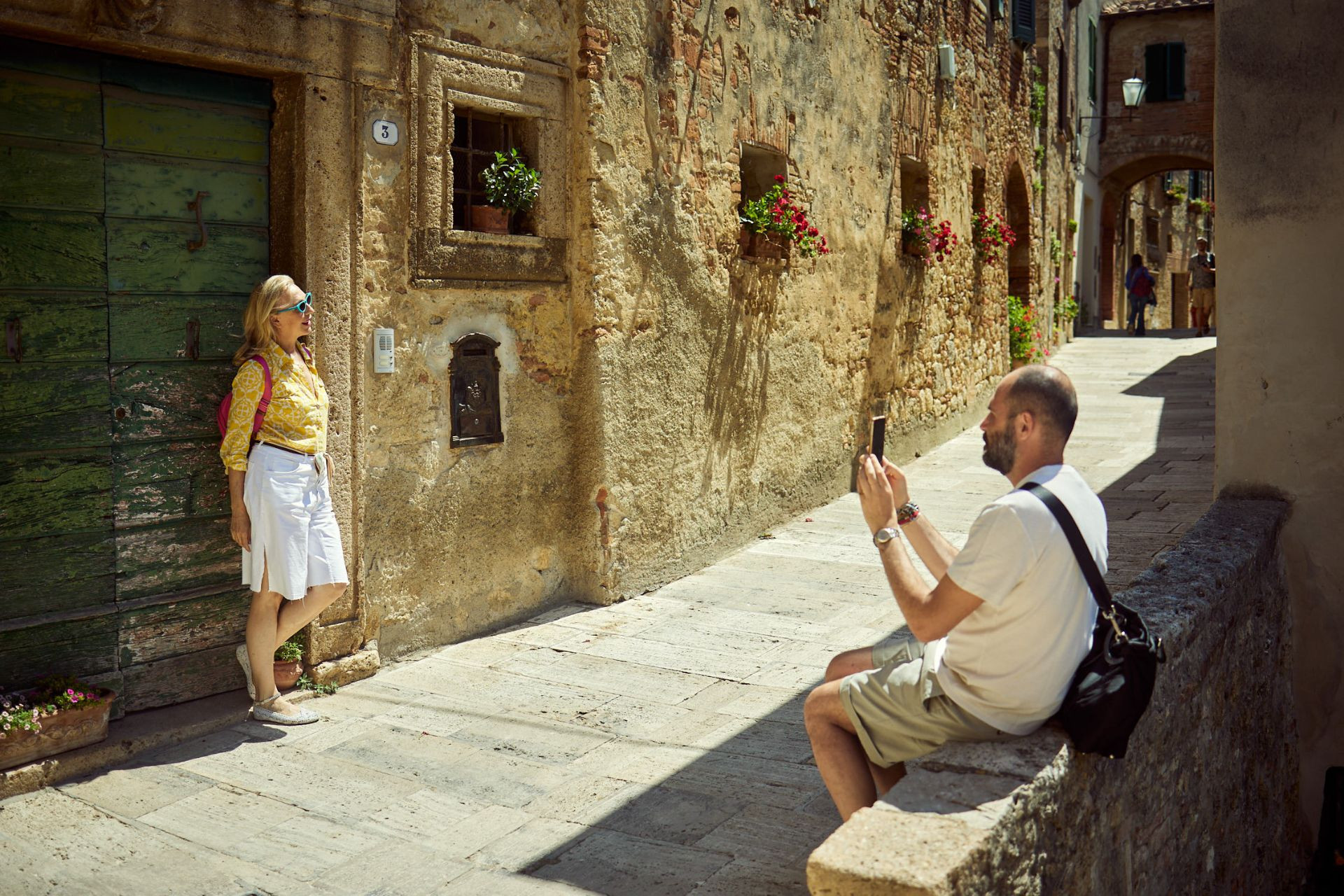 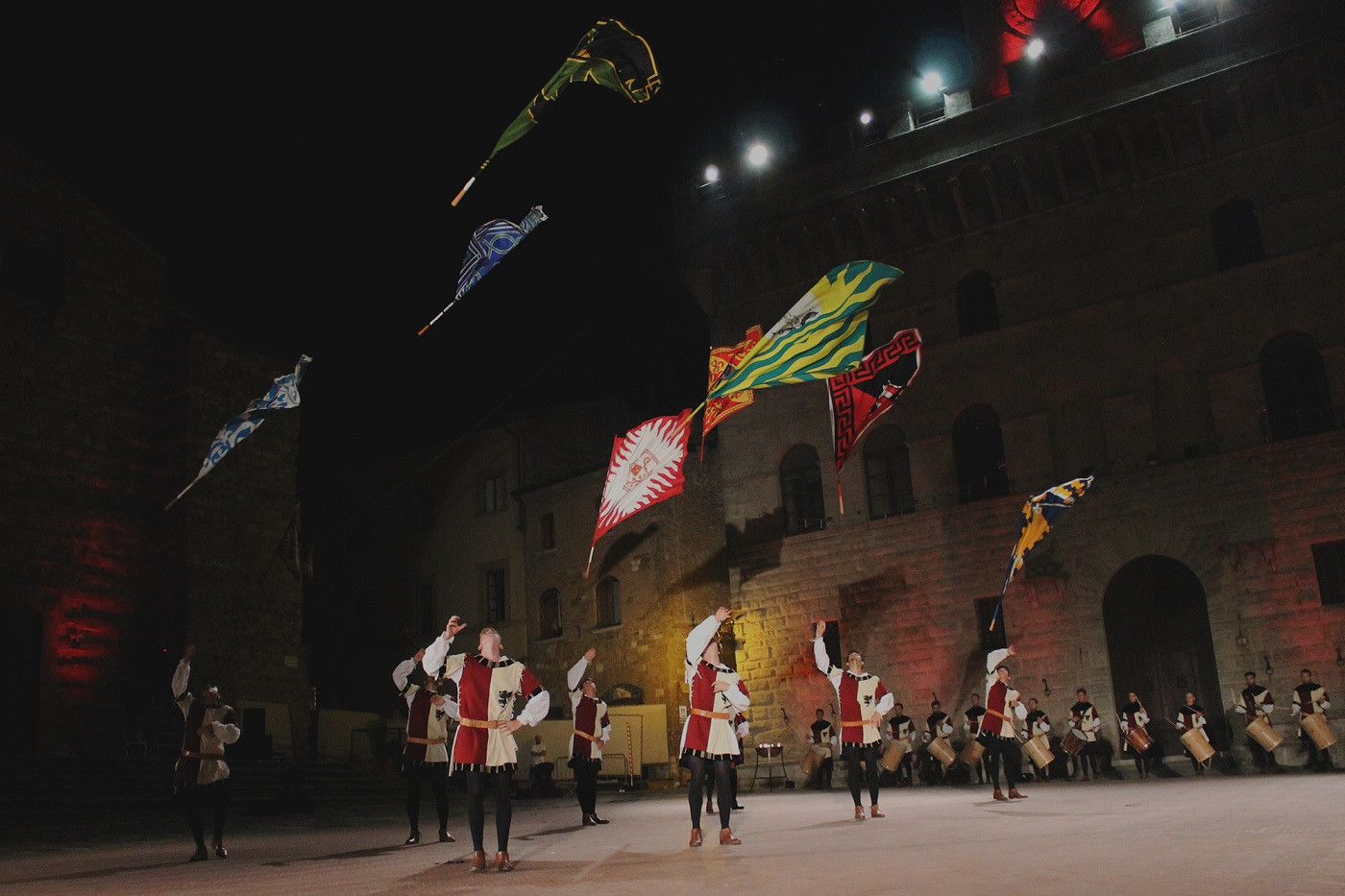