Halloween in Valdichiana Senese: 4 sites to visit with a thrill

In October, also Valdichiana Senese is ready to welcome the scariest party of the year: Halloween. Although it is famous for its wonders, this area also offers many mystical places, maybe a bit unsettling, but at the same time fascinating. Their distinguishing features, in addition to the charm of the locations, is precisely their story, on the very edge of legend and truth, often related to the world of the afterlife.

Here are some sites, which are ideal to experience the thrill of a Halloween party, as you go to discover the mysterious side of Valdichiana Senese, in Tuscany.

THE HERMITAGE OF PIENZA

A steep staircase leads to this ancient place of worship and prayer, dating back to 1344. Here, you will find rooms excavated in the rock, and relief figures on sandstone walls (14th-15thcentury), including the representation of the “two-tailed mermaid”, namely the same representation that you can find in the Parish Church of Corsignano, in Pienza. Outside, you can admire other cave paintings, whose symbolic meaning is still unknown.

The Monastery of Santa Maria, popularly known as “Conventaccio“, dates back to 1170. In ancient times, it experienced periods of great splendor, thanks to the passage of several monastic orders, ranging from the Camaldolesi to the Augustinians. Today, of the ancient basilica with three naves, there are only the remains of the perimeter, and three arches; all completely abandoned. Maybe because of the location, maybe because of the wild nature that has consumed the remains, but the “Conventaccio” could be the perfect set for a Tim Burton’s film.

A demon with red eyes and hair red like fire, at the command of an infernal chariot pulled by griffins and lions, in pursuit of some desperate soul. This is, in very few words, the most important scene, but also the most evocative one, preserved inside the Etruscan Tomba della Quadriga Infernale [Tomb of the Infernal Chariot], which you can visit in the locality “Le Pianacce”, in Sarteano. But the tomb is a real treasure chest of symbols with a mystic charm: the three-headed snake, the alabaster sarcophagus, the meeting of two male figures. A plot of unsettling stories and figures that, if compared to the books “Goosebumps”, are anything but tales by Aesop. 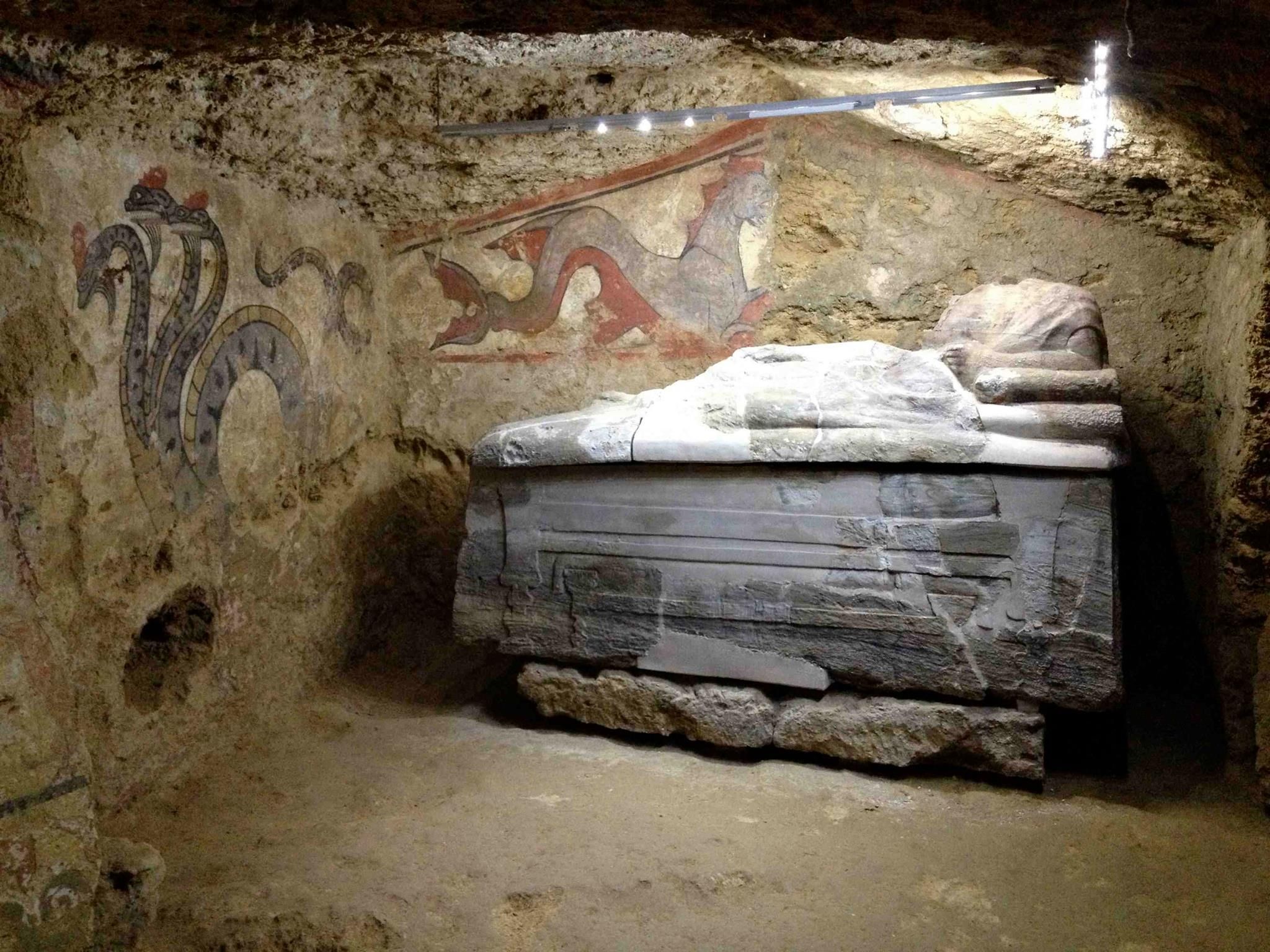 THE CATACOMB OF SANTA MUSTIOLA, IN CHIUSI

The atmosphere is that of the first Christian celebrations. The cemetery runs for 200m in tunnels where most of the burials are located in arched niches, each one with two or three storeys enclosed by tiles and shingles. The altar is the heart of the crypt. Among the most relevant inscriptions, there are those by Lucius Petronius Dexter, namely a bishop who died in 322, by the exorcist priest Sentius Respectus, and by child Aurelius Melitius. A place that resembles the scenarios told by Dan Brown in his novels. However, if the thrill world is not right for you, since you want a “treat” for Halloween, rather than a “trick” one, we recommend you the Thermal Pools “Theia” in Chianciano Terme, exceptionally open and dressed up for Halloween. Free snacks for all children! 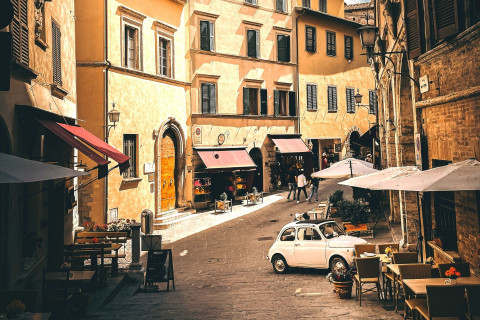 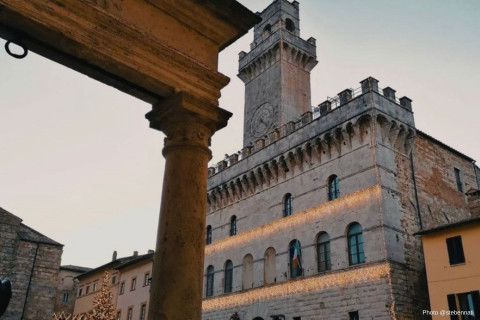 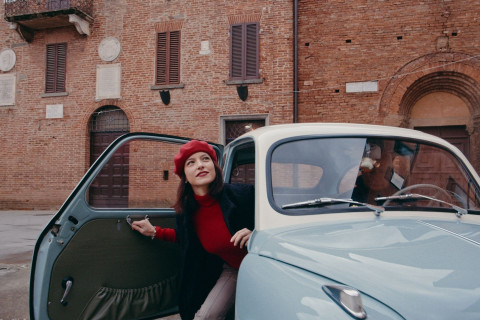