A 3-day itinerary focused on the exploration of museums and archaeological sites in Valdichiana and Maremma, such as the Museum of the Etruscan Academy of Cortona, the National Etruscan Museum of Chiusi and the Underground City, the Sovana necropolis, the unmissable villages of Sorano and Pitigliano, the archaeological sites of Roselle and Vetulonia.

DAY 1
Arrival in Cortona, one of the twelve city of ancient Etruria, and visit of the Museum of the Etruscan Academy of Cortona, which hosts some of the most important masterpieces of the Etruscan civilization;
We reach Chiusi, one of the most ancient Etruscan cities, home of the Etruscan King Porsenna.
Lunch in a typical restaurant.
After lunch we venture among the tunnels of the Underground City to discover the biggest Etruscan epigraphic heritage in Italy, between carved urns and engraved tomb tiles.
We can't miss a visit to the National Etruscan Museum of Chiusi, where precious canopies, statues, buccheri, which have become a symbol of the Etruscan people, are kept.
Dinner at the hotel and overnight in Chianciano Terme.

DAY 2
Breakfast, check out and departure to the land of tuffs.
We reach Sorano and among paths immersed in the vegetation we visit the Etruscan Necropolis of Sovana with its extraordinary cave funeral architecture.
Free lunch.
The tour continues with a guided tour of 3 of the most beautiful villages in the Tuscan Maremma: Sorano, Sovana and Pitigliano.
Dinner at the hotel and overnight in Pitigliano. 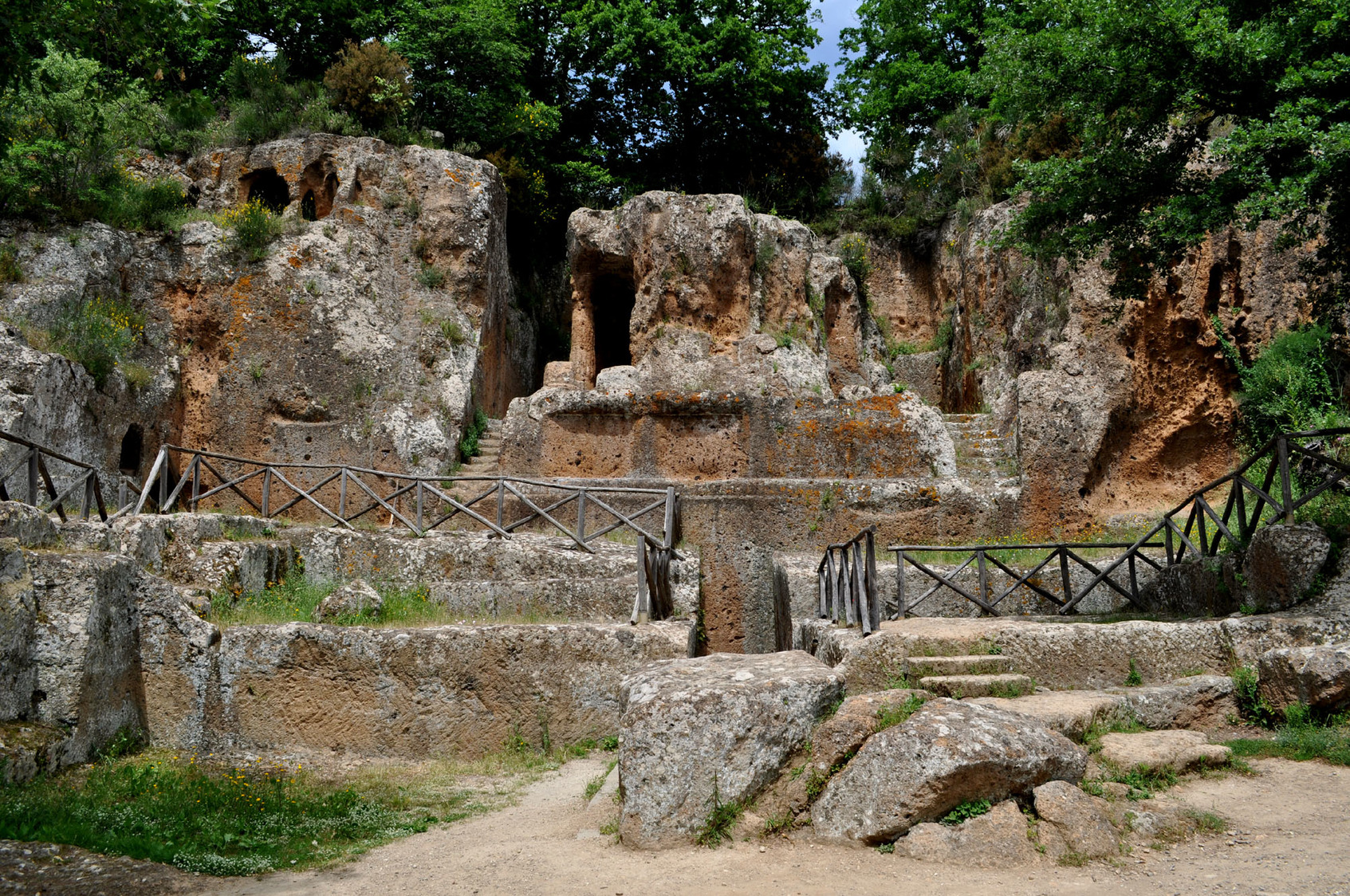 DAY 3
Breakfast, check out and departure to Roselle.
We visit the archaeological site of the ancient Etruscan city of Roselle. The excavations allow you to see large sections of the city wall, the remains of the Roman city and parts of a small amphitheater and the ancient spa.
We move to Vetulonia and have lunch in a restaurant.
After lunch, walk in the vast Necropolis of Vetulonia to admire the variety of tombs that make it a timeless place.
Return.